Sometimes, you will have to just book the ticket and travel alone. In addition to being a needed ”therapy”, it will also help you make new friends. For extroverts, initiating contact on the go may be easy. However, if you are more of an introvert, don’t let the idea of traveling solo scare you. We have prepared some tips for you, to help you make friends when you travel alone. Because traveling is such an enriching experience, and doing it alone doesn’t have to mean that you will be lonely during your trip.

Fancy hotels are always a tempting idea. However, if you are going to be alone, then what’s the point? Choosing a hostel or an Airbnb offer better options in terms of meeting new people for solo travelers. In fact, hostels often organize gatherings and drinking sessions, in which all the guests can chat over a drink.

Don’t Be Afraid To Mingle

Good accommodation will help you with this point. as mentioned above, meeting new people can skyrocket your level of anxiety. Nevertheless, interacting with ‘‘familiar” faces will be slightly easier, especially if alcohol is on the table. The bottom line is, don’t be afraid to mingle, because there are many solo travelers, and you can end up meeting great people, and maybe even your soulmate?

In addition to where you stay, knowing the right places to frequent is important. In most countries, people are generally very friendly with visitors. They will do their best to share their culture with you. Do your research, and try to hangout at local places: Coffee shops, markets, neighborhood bars…etc.

Take Advantage Of The Nightlife

Finally, if you like to party, make sure to take advantage of the nightlife. There are so many wonderful things about doing pub crawls with people, and ending up bonding about life. In fact, a study revealed that partying does generally help you make friends when you travel alone.

The EURO is officially known as the European Championship. UEFA organizes the competition, between all member states of the European Union. This event is organized every 4 years, and is usually hosted by 2-3 nations. However, UEFA announced that in 2020, 12 countries will organize the event. The European Championship is watched by millions worldwide, and triggers a significant increase in tourism rates.

For that reason, the countries that will host the EURO 2020 are: England, Germany, Italy, Azerbaijan, Russia, Romania, Holland, Ireland, Spain, Hungary, Scotland and Denmark.

Previously chosen as one of the cheapest cities in Europe. Budapest is very lively, and has a young atmosphere. In addition to the beautiful scenery, it offers a variety of culinary delights.

Moreover, if you want to take advantage of attending many games, Romania is just a drive away. In fact, you can rent a car or take the bus from Budapest to Bucharest, and enjoy all EURO games hosted in both cities.

Russia hosted the last World Cup within it’s territories. In addition, it came up with a special plan to waive visas for visitors from participating countries. If anything, it just shows the great deal of hospitality in Russia. Therefore, one of the big cities hosting the tournament in 2020, we have Saint-Petersburg.

Besides its historical background, Saint-Petersburg is a great destination, especially in summer time. Their Stadium was designed by a Japanese architect, trying to make it look like a spaceship.

Bilbao is the largest city of the Basque region situated in northern Spain. This destination is way less mainstream and busy than Barcelona and Madrid. The delicious Pintxos will leave drooling, the art galleries holding vivid history, as well as the soothing sea.

In addition, the San Mames Stadium has recently been renovated, therefore, prepare for a modern show during the EURO 2020.

The state of Michigan holds on elf the most christmasy cities in the world. Recently, a study have placed Frankenmuth as the US top city for holiday vibes. In fact, this little town is known as the Little Bavaria, but also the ”Christmas Town” of the US. If you are planning a holiday getaway this holiday season, there is no better place to be in for Christmas than Frankenmuth, MI.

Elected As The Best Christmas City In USA

VacationRenter have just published their recent research findings. In conclusion, they chose Frankenmuth as the best US destination for holiday vibes. This little, beautiful town is located north of Detroit in Michigan. In addition to being known as a little replica of the Bavaria region in Germany, it is also home to the biggest ”Christmas Wonderland”.

A Visit to Bronner’s Is A Must

Bronner’s Christmas Wonderland is the world’s largest Christmas store. Actually, it’s open all year long for visitors, however, he best time to visit is during christmas. This town gets extra-Christmas vibes and pretty early in the year. In fact, lights are turned on right after thanksgiving, and can sometimes last until Spring Break. All houses are decorated from the inside and outside, and the festivities continue even after Christmas. Bronner’s offer all types of innovative Christmas decorations, tips, and cheap trees. It covers 2.2 acres and houses over 50,000 gifts, three 17-foot outdoor Santas and a 15-foot snowman.

Moreover, there is more to this small town than Christmas decorations. Frankenmuth has some great quality local restaurants. Bavarian Inn and Zehnders are the leading ones for locals. You can get your meal there, while enjoying the music and Christmas vibes. The Old Christmas Station restaurant is also one of the main attractions in the town. If you are looking to spend your Christmas’ Eve in this wonderful town, make sure to call for reservations ahead of time. 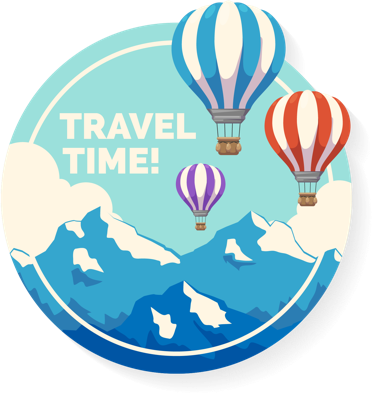